Recently I put on a pair of jeans that I bought probably 3 years ago and had never worn. I bought them without trying them on and when I got home I discovered that even though they were the same size as the other pair I DID try on, and made by the same designer, they were a slightly different cut. So rather than return them, I said “I’m going to fit in these jeans one day so I’m not going to return them”. I think I might have tried them on another time or two, they still didn’t fit, and then life happened.

I was elated to discover as a newly remarried mom of two boys that I was pregnant again. I had a suspicion this was true when I went to a crawfish boil and the smell and idea of eating crawfish repulsed me even though normally I would have loved the opportunity. Later at my May birthday dinner, I passed on having a glass of wine but wasn’t sure why. A few days later a pregnancy test confirmed the reason and boy was I sooo sick. I was so moody and just really had zero energy which was tough because at the time I was enrolled in a Graduate degree program.

I decided not to immediately announce my pregnancy, and in the back of my mind I had a bad feeling. A few weeks later when I started spotting, I was taken back to memories I had when a similar thing happened with a pregnancy resulting in miscarriage. I went to see my OB and had an ultrasound; I was still pregnant but it was unsure if the baby was developing. I was experiencing every pregnancy symptom while facing the unbelievable possibility that this pregnancy could end. I had to keep going in for ultrasounds to check the progress. Although the gestational sac was growing the OB said it was 50/50 whether the baby would start growing. She said she’d seen the exact same thing with another mother who was now over 20 weeks along. I was so hopeful but also so anxious and scared.

At 11 weeks the doctor gave me the news I dreaded hearing, the fetus was not developing. I waited and nothing happened. The doctor described it as a missed miscarriage. I’d have to have a procedure done. It was around the Fourth of July now, a holiday that I couldn’t even begin to think about celebrating.

After the procedure I began feeling much more moody, and depression and grief set in. I felt so alone and sad. I began struggling to even want to get out of bed. I’d go to my Assessments class and couldn’t even process what the instructor was saying. The class was a tough one; I began to realize that I might not be able to pass the class and my school had a policy where you weren’t allowed to miss any classes. Finally I decided to talk to my Director and decided to drop the course so I wouldn’t fail it. I sat there in tears considering whether I even wanted to continue in the program because by now I was about 6 weeks in to a serious phase of hopelessness. All I could think about was trying to get pregnant again because of the gaping hole that loss had left.

Unfortunately I wasn’t seeking help or getting the support I needed. Since I hadn’t told anyone outside of my husband and best friend about the pregnancy, other people around me didn’t know what was going on and didn’t reach out to me or even seemed to reject me. I felt isolated and alone. Things might have continued to spiral downward until in late September I got another positive pregnancy test.

I was so scared I couldn’t even be happy about it. I feared it would end the same. The timing wasn’t the best; I had just started the internship required for my Masters degree. With the dropped class and now this, I wasn’t even sure if I’d be able to complete my program. If it weren’t for my best friend speaking prophecy into me that this baby would grow and develop into a strong and healthy baby girl, I don’t know what I would have done. Every day of that first trimester was an uphill battle as I was still dealing with depression and lack of support.

Around that time it occurred to me I wasn’t trusting God to help me deal with any of the intense feelings I was experiencing. I walked into Mardel Christian Books Store one day, and on the featured books table was the book “Whispers of Hope” by Beth Moore. It was a daily prayer devotional and at that moment God spoke to me and told me “Give it a try”.

As a counseling student, I knew that 10 weeks of journaling about hope could be very beneficial. So began the process of me burrowing in and this book ended up becoming my survival guide. Literally all I was doing was surviving though. I was so worried my emotions would effect my unborn child. I prayed every day for her protection. At the same time I fought a daily struggle to not drop out of my degree program. My heart and soul just felt like it was being crashed against a huge rock every single day, and I just fought to keep going, always just reaching out for hope. To be honest at the time I’m not sure how I got through. Looking back It felt like that line from the Footprints in the Sand poem; clearly God carried me!

The next year and a half from my daughter’s birth to now seemed like I was climbing a steep, steep mountain. When I came across those unworn jeans, they still had the tag on them. Since my skinny jeans had recently become loose on me, I had a suspicion they would fit and they did.

The funny thing is, I had to look back at everything that happened between then and now and ask myself if I was really happy about being able to fit in those jeans now. The person I was then would’ve used it as a measure to some sort of “success”. The person I am now just looks in the mirror and thinks “they’re just jeans, but look at the person I’ve become inside and the ridiculous amount of clarity that has been unveiled by faith that could literally move me up and down a mountain!” 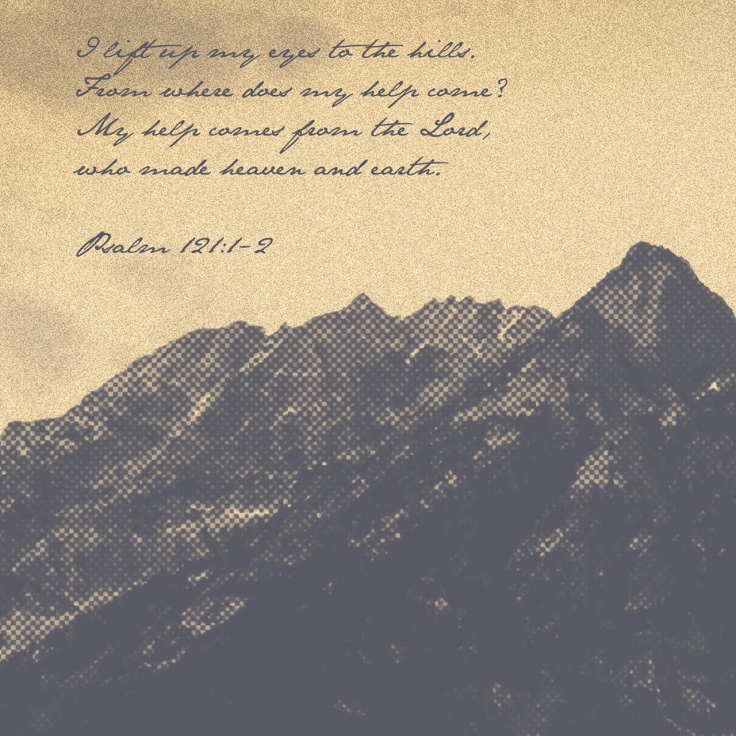