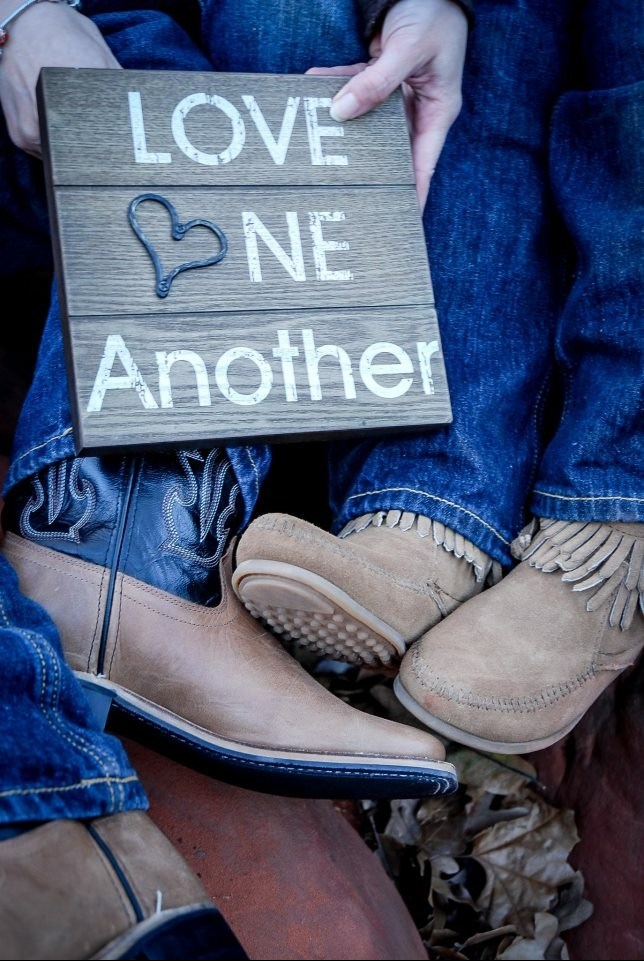 Shot through the heart, and you’re to blame, You give love a bad name (bad name)…
When I listen to that song I can just feel his anger, and that brings to mind a parallel idea. It’s become very obvious to me that as soon as many people hear the word “Christian” their reaction is one of disgust, anger, maybe even fear or hurt. Damaged by the church and now completely resistant to ANY Christians because of what some people did in the name of Jesus. Begin to mention your spirituality and they respond,”Nope, I know the likes of you and I’m not interested”.
So sad that this has all happened in what was supposed to be the name of Love!
The Free dictionary defines Christian as an adjective: Manifesting the qualities or spirit of Jesus, especially in showing concern for others.
There’s also a definition that describes a Christian as: One who lives according to the teachings of Jesus.
Jesus had a lot of teachings but I think the most basic is this:
“A new command I give you: Love one another. As I have loved you, so you must love one another. By this everyone will know that you are my disciples, if you love one another.”
‭‭John‬ ‭13:34-35‬ ‭NIV‬‬ http://bible.com/111/jhn.13.34-35.niv
But what if they can’t tell because they aren’t getting “LOVE” from you?  Can you blame them for not wanting to hear what you have to say?
I overheard a conversation where two people were talking about how the world is so much worse now and how we are clearly in a bad time to be living. I was sitting there thinking that I am excited about the moves many people are making to love everyone regardless of their race, religion, sexual orientation or political philosophy.
Isn’t that what Jesus said to do?!?
If we really want to represent Christianity to others, we aren’t going to be successful by coming up with a long list of rules and judgementally wagging our fingers when we see people doing things that are different.
It’s cliché now and people may laugh when they hear it, but I still like the adage “WWJD:What Would Jesus Do?”
I mean, Jesus mixed with all sorts of people, shunned no one, welcomed everyone, labored tirelessly, and made the ultimate sacrifice. What a cool dude!
So, what’s wrong with displaying kindness, tolerance, and grace to others?
If anyone judges you for loving others that is their issue, NOT yours.
I mean, it’s not a club.  WE don’t get to decide who is worthy of salvation based on what WE think is right or wrong.  And representing Christianity that way makes it sound exclusive when its meant to be ALL INCLUSIVE!
The great thing I think about being a follower of Christ for me is that gives me the freedom to love others without judging them. Why? Because it simply isn’t my job. Nope. And I recall a great quote by one of the greatest women to ever walk out Christianity, Mother Theresa, when she said,”If you judge people, you have no time to love them.”
I find this to be a very freeing concept.
What a great legacy to live and teach my children. I can think of no better compliment than if on my gravestone the words “Known for love” Were inscribed.
If you want to look at it from a psychological standpoint, lets explore the idea of unconditional positive regard. What it means is that you respect the person as a human being and give them the same kind of dignity you would like to receive. Basically assuming that everyone you meet is likely fighting some sort of battle and give them the benefit of the doubt that they are doing the best they can with what they have. What most people want from us is just to be heard and understood.  They are probably dealing with their own internal thoughts and what they probably need more than anything is a smile. Not a solution such as “You need Jesus”  (interpreted as judgement) or a solution to their problem.
As Christians, we are told “Love your neighbor”. And who is your neighbor?
EVERYONE is your neighbor.
Being a Christian holds me to a higher standard than just liking people who are like me; that’s easy and anyone can do that. Personally, I find it enlightening when I take the time to look at something from a perspective different from my own, and gaining new understanding helps me to apply the concept of appreciating everyone, even if they do not think like I do. Finally I know my “job” as a Christian is to love others, and I leave the rest up to God.  I challenge you to do the same.
And because I know the song that inspired my title will put you in a good mood, check it out here: Bon Jovi – You Give Love A Bad Name
Photo Credit: Love One Another by Alexandria Bouillion http://alexandriabouillon.zenfolio.com/